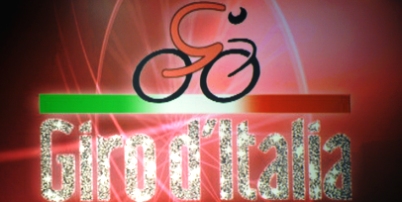 The Giro d’Italia 2016 starts on Friday 6th May in Apeldoorn in the Netherlands and finishes after 21 gruelling stages on Sunday 29th May in Torino.. Find here our 2015 Giro d'Italia betting preview, predictions and tips on Race Winner, King of the Mountains, Points and Young Rider Classification, plus the best odds, no deposit free bets and bookie promotions!

This year the Giro d’Italia starts in the Netherlands with a Prologue Time Trial and is followed by two road stages. It includes a time trial in the Chianti zone and one mountainous stage, through the Friuli-Venezia Giulia region that was unveiled previously. Overall there are seven mountain stages in the 2016 race, and seven stages for the sprinters. The race also has 61 kilometres of individual time trialling, with no team time trial included. The race starts with a individual time trial (not prologue), while the full race distance covers 3,383km (average stage length 161km).

The first summit finish comes on stage 6 with a tough finish to Roccaraso, and it, together with the 40.4km 'Chianti Classico' time trial on stage 9 through the vineyards of the Chianti region should see the first major moves in the race by the GC hopefuls.

Stage 14 is a truly epic stage in the Dolomites with six ascents and more than 5,300m of climbing! The stage 15 uphill time trial should be even more decisive. It’s 10.9km long with most of it being at a gradient of more than 8%.

Stage 19 features the Giro’s Cima Coppi (the highest point in the race) and then finishes with an 11km climb to Risoul, France. Four categorized climbs on a tough stage 20 will offer one last opportunity for the climbers to make a difference - there is  a total of more than 4,300m of climbing - before the final sprinter-friendly stage in Torino.

Vincenzo Nibali is this year's antepost favorite but the biggest question mark for is his form. Outside of the Tour of Oman, he hasn’t really racked up many strong results so far this season. The Shark will be out to have something to prove as well after getting disqualified from last season’s Vuelta a Espana for holding on to a team car. He time trials and descends better than most of his rivals and this could prove a deciding factor.

Mikel Landa Meana (Team Sky) was signed away from Astana in the winter after finishing 3rd in the 2015 Giro d’Italia after winning a couple of stages and basically replaced Richie Porte in the British team. He has started the year well with a stage win at the Vuelta al Pais Vasco plus a stage win and the overall at the traditional lead-up race, the Giro del Trentino.

Alejandro Valverde (Movistar) has had a great early season winning La Fleche Wallone and two stage races Vuelta a Andalucia and Vuelta a Castilla a Lyon.  He has only had the one Grand Tour title success during his career and that came at the Vuelta de Espana back in 2009. He has never ridden in the Giro d’Italia before so he will be breaking new ground.

Rafal Majka is hoping to build on a strong finish to last season, when he took his first ever grand tour podium at the Vuelta. He goes in as leader of the Tinkoff squad and after finishing sixth and seventh in 2014 and 2013 respectively, it is no surprise he has GC ambitions.

Rigoberto Uran is a two-time Giro d’Italia runner-up. Last year he suffered a few setbacks in a team that was not really designed to help him do well in the GC, but now he is running for Cannondale and the Colombian rider could capitalise it with another podium finish after a quiet spring in which he recently opted not to finish the last stage of the Tour de Romandie.

Tom Dumoulin (Giant-Alpecin) has said he’ll be focused mainly on the time trials at this year’s race and should not be a threat for the GC.

Ilnur Zakarin (Katusha) won a stage in last year’s Giro after winning the Tour de Romandie and he’s on a similar path again this year. Summit wins in Paris-Nice and, effectively, Romandie show that he's in the form of his life – but can he last the three weeks?

Former Giro winner Ryder Hesjedal may struggle to get into the top five overall this year as he is getting older despite he had a strong fifth-place finish at the Giro last year, and took back-to-back second places at stage 19 in Cervinia and stage 20 in Sestriere.

The 26-year-old Colombian rider Esteban Chaves has not delivered any big results yet in 2016, but that was true last year as well, right up until the point where he won two Vuelta stages and landed in the top-five overall in Spain.

Domenico Pozzovivo is one of the purest climbers in the race and can be expected to feature whenever the road tilts skyward. Anyway, he is poor at time trials and this is a huge handicap for the overall classification.

As for the Young Rider Classification, Davide Formolo (Cannondale) is the strong favourite to win but Team Sky‘s youngster Ian Boswell is another strong contender at higher odds. Given that, Formolo will be there primarily to support Mikel Landa to the GC, Boswell could be the right choice.

The likes of Marcel Kittel, Caleb Ewan, Andre Greipel, Arnaud Demare, Elia Viviani, Giacomo Nizzolo and Sacha Modolo will fight for the Points Classification (Maglia rossa). But don’t be surprised to see the unfamiliar name of Jakub Mareczko mixing it up with the best.