The Open Championship takes place at The Old Course at St. Andrews for the 28th time,  in one of the oldest courses in the world and believed to be the home of golf. Don't miss our 2015 Open Championship betting preview,with betting promotions, best odds, tips and free predictions on Winner, First Round Leader, To Miss The Cut, Top 5 Finish, Top 10 Finish, Top American, Top European golfers and much more! 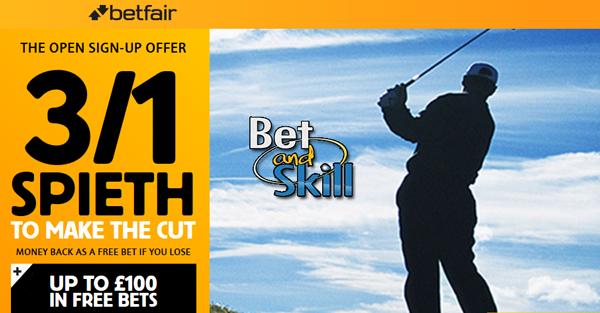 With defending champion Rory McIlroy out of the 2015 British Open, Jordan Spieth is the bookie favourite. The 21-years-old golfer is coming off a win last week at the John Deere Classic and already has 12 top-10 finishes in the 19 events he has entered this year

Dustin Johnson was Spieth’s top challenger in the last major, the U.S. Open at Chambers Bay. So far 2015 has been exceptional for Johnson, having seen he win the WGC Cadillac Championship and produce some impressive efforts at the majors, including a T6 at The Masters before he three-putted the last to miss out at Chambers Bay in the US Open.

Rickie Fowler was outstanding in Gullane last week at The Scottish Open, clinching victory by one stroke over fellow American Matt Kuchar after a disappointing performance in Chambers Bay. Last year in Hoylake, Fowler finished T2 with Sergio Garcia.

Adam Scott looks an interesting option if you consider his brilliant record in his last three British Open events: he was second in 2012, third in 2013 and 5th last year. In the 2012 he was leading by four shots with four holes remaining but he couldn’t hold the pressure allowing Ernie Els to get an unlikely win. He comes to St Andrews in great form after finishing tied 4 in the recent US Open.

Justin Rose arrives at St Andrews in fine form thanks to T2 at The Masters, a T2 at Memorial and a win at the Zurich Classic of New Orleans. If the wind blows at St Andrews Rose’s smooth tempo could help him remain in contention. 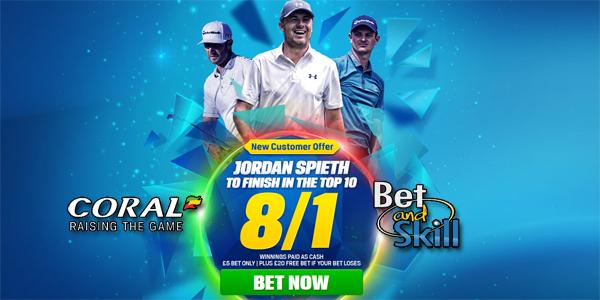 Louis Oosthuizen seems to be injury free and playing great golf at the moment. He won the British Open five years ago and finished finished in a tie for second place with Dustin Johnson at the US Open in the last major. Louis also played well at the WGC Matchplay finishing T5, T7 at The RBC Heritage and a T19 at The Masters.

Henrik Stenson has played well at The Old Course in the past finishing T3 at The Open in 2010 finishing on eight under par. He seems to have recovered from an illness he got just before The Masters and has signs of coming back into some good form.

Paul Casey finished 3rd alongside Stenson in 2010, and is having the most consistent year of his career. He was also in with a real chance in 2010 until he blew-it with a final round 75.

This year Hideki Matsuyama has had six Top 10’s from thirteen starts that include 5th in The Masters and 5th at the Memorial Tournament. He is also coming off an 18th at the US Open. His game is perfect for links golf as he has an all round game.

Last year, Tiger Woods finished 69th after shooting a six-over-par 294. He is without a win of any kind since 2013 and has missed three cuts this season.

Victor Dubuisson boasts some noteworthy Dunhill Links form having carded a round of 62 at the Old Course in 2012. His last three tournaments have been 20th BMW International Championship, 12th Open de France and 10th Scottish Open.

Phil Mickelson won the British Open in 2013 and also tied for second with Johnson in 2011. At the Scottish Open he showed with three birdies to be a very strong player on British soil.

JB Holmes has quietly risen through the rankings and is now ranked 13th in the world. He ranks in the PGA Tour top ten for driving distance, he shot four rounds in the 60s last time and has a win and two second places already this season.

Francesco Molinari has three top five finishes in his last five events and looks good value. If you are looking for more long-shots, we suggest the in-form Alexander Levy and Retief Goosen. 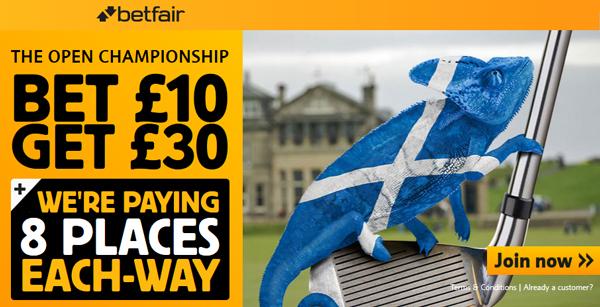 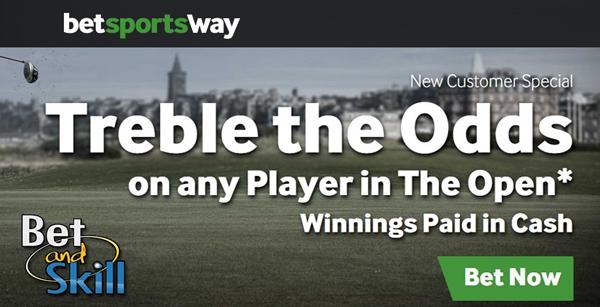 THE OPEN CHAMPIONSHIP 2015 OTHER RECOMMENDED BETS

Treble the odds on ANY golfer to win the Open Championship

8 Places on the 2015 Open Championship

Titanbet offer money back if 2nd to McIlroy

6 Places on the 2015 Open Championship

7 Places on the 2015 Open Championship

Place 3 in-play bet and get a free bet at Betfred!

Money back if 2nd or 3rd at Boylesports!

Free bet if your selections misses the cut!

Money back if 2nd to Spieth at Titanbet!