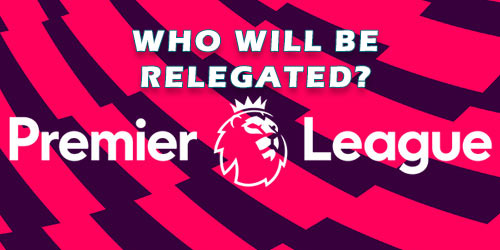 The Premier League Relegation battle is one of the most popular outright betting market and you can find here our 2019/20 Premier League relegation analysis, including betting tips, expert picks, highest odds, bookie promotions and no deposit bonus to place your Premier League bets with no risks attached!

In all of the last 10 seasons, at least one of the teams promoted from the Championship the previous season has managed to survive relegation. Which newcomer will avoid an immediate return to second tier this season?

Newly promoted Sheffield United are the 4/5 favourites to make an immediate return to the Championship although they have made a spate of new signings including Lys Mousset, Luke Freeman and Phil Jagielka. Chris Wilder’s men secured promotion last season just two years after running away with the League One title. Huge queston marks arised about the Blades' transfer campaign as spending around  £30m on strikers Oliver McBurnie and Lys Mousset who collectively have 74 Premier League appearances and just 3 goals between them is very questionable to say the least.

Norwich brilliantly won the Championship last season. Their attack excelled last term, with the free-transfer arrival of Teemu Pukki being the star of the show as he topped the scoring charts in the Championship. The big question is whether manager Daniel Farke’s pacey possession football style cuts it against the big teams.


Fellow newcomers Aston Villa have broken the £100m mark but, as Fulham showed last term, that does not guarantee anything but an increased wage bill. Anyway, they seem the best equipped of the three promoted sides to stay up

Steve Bruce's Newcastle are another side around whom there have to be real concerns. The Magpies sold both Ayoze Pérez and Salomón Rondón – who were their two biggest contributors last year - and brought in the highly rated Brazilian Joelinton and Allan Saint-Maximin from Nice. Their defence looks far from strong enough though and Bruce will have his work cut out to make his side tough to beat.

More improvements are also needed at Brighton, where Graham Potter is now in charge following Chris Hughton’s sacking. They did bring Leandro Trossard from Genk, and he scored 17 goals for the Belgian side last year, but whether he is good enough to play in the Premier League remains to be seen.


Burnley should be steady enough with Sean Dyche at the helm as they have no Europa League football to contend with while Watford have failed to do any real business of note this summer, but signed Danny Welbeck just before the Deadline Day. Despite that, the Hornets should have no problems to lie in a safe zone also this year.

Southampton looked in real danger in December 2018 but the decision to put Ralph Hasenhuttl in charge paid dividends as he steered them to 16th place in the Premier League. The Austrian manager has splashed the cash to secure the signatures of Danny Ings, Che Adams and Moussa Djenepo. As a result, the team looks stronger in each department.

Crystal Palace are a squad that lack options in so many areas, not least up front. Jordan Ayew signed permanently from Swansea but it won't be a signing that inspires too many Palace fans. Should they fail to keep Wilfried Zaha at Selhurst Park, they could become a serious candidate to be relegated. 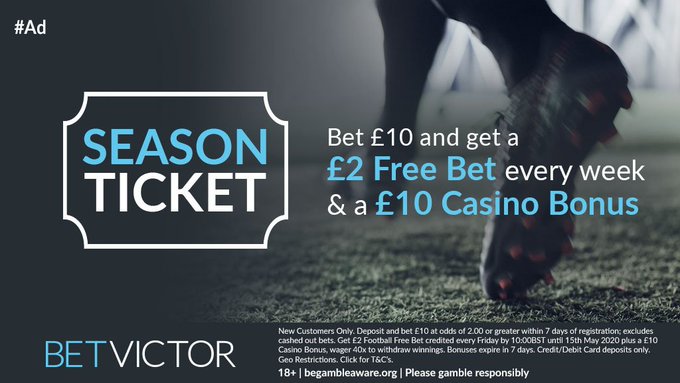 Looking for the best Premier League betting tips every weekend? We got you covered! plus, we are collecting and publishing all the football pundits' predictions, including Paul Merson's predictions and Lawro's Predictions.

You can find our Premier League Betting Guide here, including all the betting markets and outhright odds.

Looking for new betting sites and profit from the best betting promotion they offer to new customers? With the new season just around the corner, there is no shortage of top UK's Bookmakers offering exclusive free bets and promo codes.