The Betfair Chase on Saturday 21st November kick starts the Jump season. A Grade One contest that always attracts the very best chasers with a first prize of over £112,000. Check out our professional tipsters' Betfair Chase betting tips for Haydock’s Group 1 highlight!

When is the Betfair Chase?

Betfair are sponsoring Haydock this weekend and have recently launched a terrific promotion to celebrate. All Betfair customer can claim a £5 completely free bet to have a punt on the Betfair Chase! Click below.. 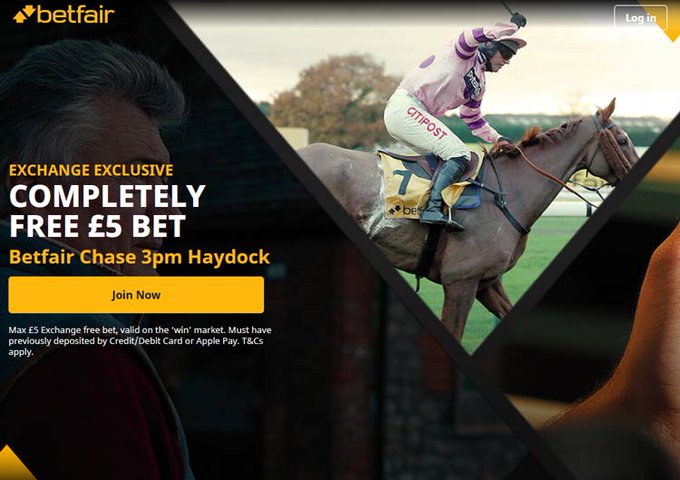 Lostintranslation headlines the 5 declared for the Betfair Chase. The likes of Bristol De Mai, Bellshill, Clan Des Obeaux and Keepers Hill also line up for the Grade One.

Lostintranslation is currently the favourite to win the race. He's backable at 11/8 (or 11/1 courtesy of 888sport's price boost) after Colin Tizzard’s horse jumped for fun in the Haydock showpiece 12 months ago, fighting off a dogged and determined Bristol De Mai to take the spoils under Robbie Power. The Flemensfirth gelding was pulled-up in the King George and swiftly sent for wind surgery, which undoubtedly helped him to secure a solid third placed finish in the Gold Cup in March.

Clan Des Obeaux was beaten 8¾ lengths in fourth when running in this race two years ago. Anyway, he stormed to an impressive finish at the prestigious King George VI steeplechase for the second straight year in 2019 - by 21 lengths from Cyrname. He was below par when eighth in the Cheltenham Gold Cup on his only subsequent start. Hence, the Paul Nicholls' saddled horse will be well fresh. You can back Clan Des Obeaux at 5/2 with Bet365 (or 80/1 with Betfair's enhanced odds).

Bristol De Mai won back-to-back renewals of this race in 2017 and 2018. He usually shows his best form at the Merseyside track. He is five from six at the venue with the only defeat coming in this race last year - beaten just a length and a half by Lostintranslation. Then he was runner up to Santini in the Cotswold Chase at Cheltenham in January and hugely disappointed in the Cheltenham Gold Cup. The prospect of heavy ground could probably see Nigel Twiston-Davies’ charge pushed into favouritism by the time the race starts.

Bellshill is a dual Grade 1 winning chaser who landed the Irish Gold Cup in February 2019. Willie Mullins decided to move this ten-year-old on after he failed to finish within 15-lengths of the winner on any of his four starts last season. So he will make his first start for Sandy Thompson.

Keeper Hill landed here at Haydock last season, but was beaten 18-lengths on his reappearance in the Charlie Hall Chase at Wetherby. Even his best form leaves Warren Greatrex’s charge with plenty to find in this company.

The section below contains the best odds (including price boosts) at the moment:

Check out below our expert picks on the Betfair Chase 2020. Feel free to copy our free betting tips and get the highest prices available on the market by clicking the 'Bet' button! Plus, we suggest you to visit our Enhanced Odds section to claim boosted prices.

What is the Betfair Chase?

Staged at Haydock Park racecourse the Betfair Chase - registered as the Lancashire Chase - is a Grade One race and is run over a 3m 1f distance. The contest is a fairly new one, being first run in 2005 and takes place in November each season.