Best Betting Sites to bet on Man UTD vs Leeds

Sky Sports will show all games of the Premier League 2021/22 live in the UK and Ireland, all these matches also stream live on Sky Go and Now TV digital platform (Website, App) with a premium subscription. 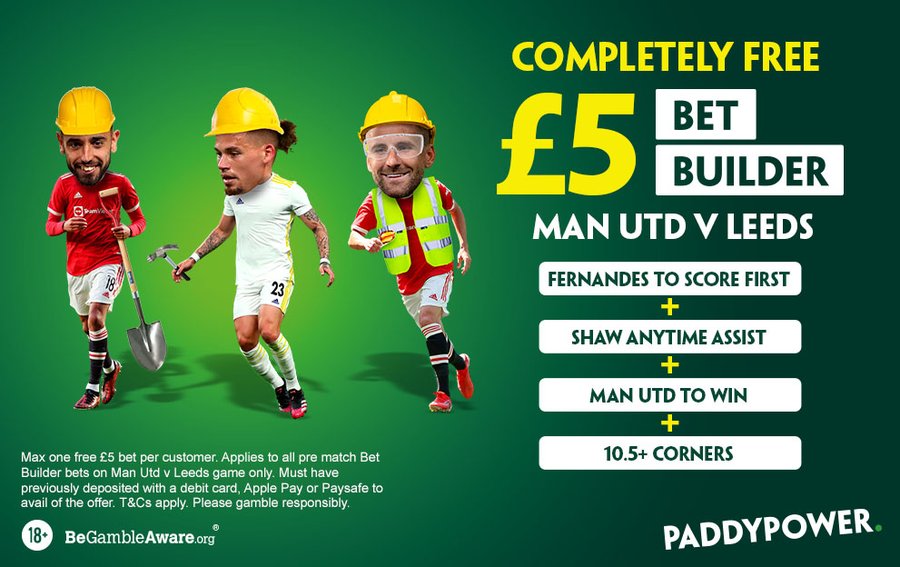 Man UTD's pre-season has been a little chaotic as their coterie of internationals have had staggered returns to Carrington. They also had many cases of positive Covid-19 tests and were forced to cancel the friendly against Preston North End. Ole Gunnar Solskjaer's men have played three friendlies so far: a 2-1 win at Derby County has been followed by a 4-2 defeat at QPR and a 2-2 draw against Brentford. The Red Devils finished runner up to Man City last season and, having strenghten already their squad, are expected to mount a serious challenge to their city rivals this term.

Leeds UTD overachieved in their first season back in the Premier League for over 15 years. The finished the season in 9th position and played brilliant football against every opponent. Anyway, Marcelo Bielsa's men conceded six goals at Old Trafford last year and will aim to get their revenge. As to pre-season, Leeds were recently defeated 3-2 by Real Betis, with Patrick Bamford and Mateusz Klich going on the scoresheet. After that, the Whites were soundly beaten by Ajax (4-0) in Netherlands. They will complete their preparation with a friendly match against Villarreal..

With odds currently at 8/15 (with William Hill) in favour of Manchester United, it’s fair to say the bookmakers are not fancying an opening-day upset from Marcelo Bielsa’s men. The first giant-killing of the season is backable at 5/1 with Betvictor while the draw is available at 77/20 with Betsafe.

Jadon Sancho is now on United's books after Borussia Dortmund finally accepted to sell the youngster while Raphael Varane is another luxury addition to the Red Devils roster. In the absence of Marcus Rashford through injury, Sancho is expected to start up front, alongside Edinson Cavani and Mason Greenwood, with Anthony Martial providing a viable alternative. The likes of Paul Pogba and Scott McTominay will start in midfield alongside Bruno Fernandes. At the back, Ole Gunnar Solskjaer could well be without Dean Henderson as he continues to recover from Covid-19 and its lasting effects. David De Gea should start between the posts while Varane and Harry Maguire will be flanked by Luke Shaw and Aaron Wan-Bissaka.

Leeds have suffered a double injury blow in their pre-season preparations as Pascal Struijk and Diego Llorente, both central defenders, left the match against Real Betis with injuries and are major doubts. Jamie Shackleton was forced off with a head injury against Ajax while Liam Cooper, another centre-back, is yet to feature for the Whites in pre-season. Bielsa is expected to play with a fluid system (something between a 3-3-3-1 and a 3-4-2-1) with Raphinha and Jack Harrison supporting Patrick Bamford upfront.

The meeting with Leeds is the most physical of the campaign for United and, of course, it comes at an inopportune moment for the Red Devils. Last year Solskjaer's men hammered the Whites 6-2 but it was late December. At Elland Road - on 25th April - the match ended in a goalless draw with Leeds frustrating the Red Devils for 90 minutes. We expect a tough game, with plenty of chances and goals. Manchester UTD should nail it, with the 3-2 scoreline our pick in the Correct Score market.

Be involved in free betting competitions with around £500k in real money prizes!

We are also collecting and publishing all the football pundits' predictions, including Michael Owen's predictions and Lawro's Predictions.

Plus, we invite you to visit our free bets with no deposit page, select your freebies and combine them with our picks on this clash right now!