There may be a global pandemic but that won’t stop the bell from ringing in Las Vegas as Vasyl Lomachenko takes on Teofimo Lopez in perhaps boxing’s most anticipated fight of the year.

The unification fight is set to be a box office smash on Saturday night and you can find our full Lomachenko vs Lopez betting preview directly below...

When is Lomachenko v Lopez?

The bout, which sees four lightweight titles on the line, takes place on October 17, although for fans in the UK you are looking at a 5am Sunday morning (October 18) ringwalk.

The fight takes place in Las Vegas with boxing returning to the MGM Grand in what will be an exquisite night of boxing.

There are just three fights confirmed on the card for the evening and it isn’t on any UK channels, with fans required to pay £9.99 to watch on FITE TV.

The fights on the card are as follows:

Who is the Lomachenko v Lopez Betting Favourite?

Both fighters are going into the bout with a fantastic record and it’s a welcome return for both fighters, who haven’t fought in over a year.

Lomachenko is a big favourite with the best bookmakers online though, with William Hill currently pricing him at 1/4.

Lopez, who won the IBF title with a stunning second round knockout against Richard Commey last time out is priced at 3/1, with the draw a 20/1 shot.

When it comes to method of victory, the decision is the favoured one with the bookies. It is 8/13 to go the distance, with the unanimous Lomachenko decision backed by the bookies at 6/4.

Both fighters have been hugely impressive in recent years, but it is the challenger who has the unbeaten record, with Lopez enjoying 15 wins from 15.

Lomachenko has just one loss on his record, with 14 wins, although his loss did come in only his second fight back in 2014.

Nine years separate the fighters in terms of age, with Lomachenko at 32 and Lopez 23, and the former has certainly faced the more difficult opposition, recently defending his titles against British fighters Luke Campbell and Anthony Crolla.

Lopez has the slightly bigger height at 5’8” compared to Lomachenko's 5’7”, while also having just an 8cm reach advantage, making it a pretty even fight in terms of physicality.

Stance wise, Lomachenko fights in the southpaw position, with Lopez an orthodox fighter. 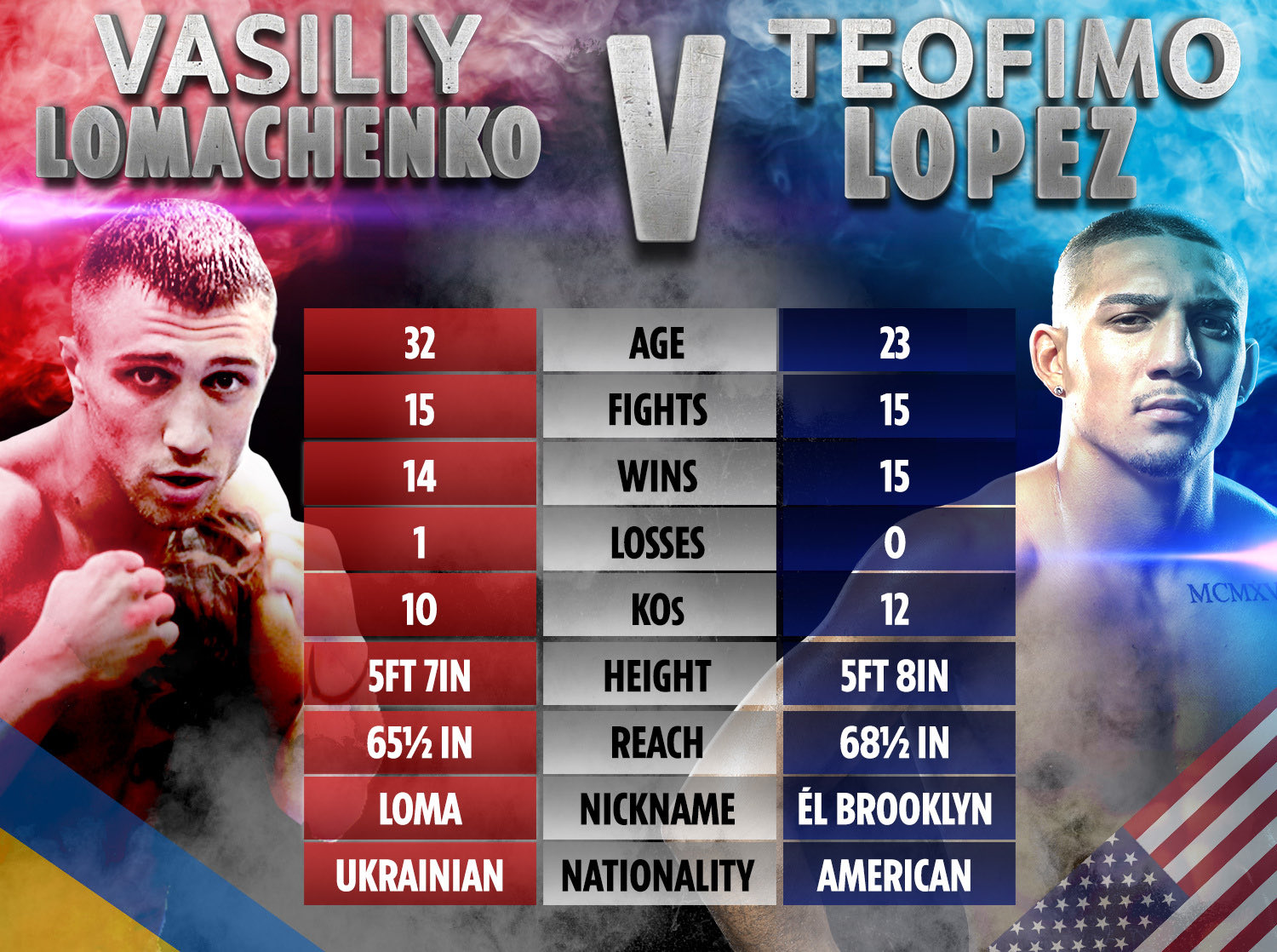 It’s incredibly difficult to see anything but a Lomachenko win in this one. Many pundits have described him as the perfect fighter and he’s taking on a man who still has plenty to learn at the youthful age of 23.

We’d back him to get the result by unanimous decision at 6/4 with William Hill, but it may not be as clear cut as usual for the Ukrainian.

It’s been a long lay off for both fighters and it could in reality come down to which fighter has prepared the best.

That could give Lopez a chance, especially with some saying Loma is now on his way out. It could also open up the knockout. Lopez is a 5/1 shot to win by KO, TKO or DQ, while the same market can be backed for Lomachenko at 9/4.

The latter is certainly more appealing for us, but with two of his last three fights coming in the way of unanimous decision, we’re seeing the 6/4 as the safer bet.
At BetAndSkill you can find much more than Sports betting tips! You’ll find tons of daily predictions thorughout BetAndSkill, from football tips for today to horse racing picks, from NFL daily tips to BTTS predictions.

Plus, we are collating the best no deposit bonuses, free bet promo codes and analyzing the most popular betting strategies and systems!