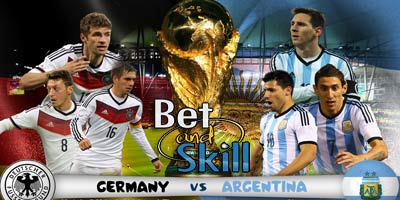 Argentina and Germany will face off in the 2014 World Cup Final in a battle of European and South American heavyweights. Who will win the World Cup? This article contains a complete GERMANY v ARGENTINA preview with betting tips, free predictions, best odds, line-ups, free bets and no deposit bonuses on the World Cup final! 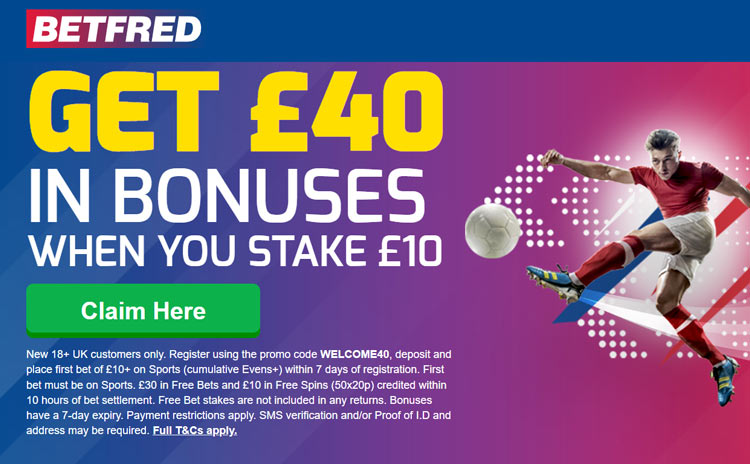 After their 7-1 drubbing of the host nation Brazil, Germany are considered to be the clear favourit to put their hands on the cup. Against the hosts, Müller became the second player ever to score five goals in back-to-back World Cups and Klose the highest-scoring World Cup player ever with 16 goals.

Germany come into this match on the back of very successful run as they are unbeaten in their last 17 games in which they have won 12 and drawn 5.

Mustafi is the only injured absentee for the final. Hummels is slightly injured, but he should still play. This means that Low might play with the same starting XI that destroyed Brazil as Philipp Lahm will remain at right-back while the impressive Sami Khedira will start in midfield again.

Germany’s victory over Brazil was obviously impressive but Argentina is one of the most solid team of the tournament, so it is unlikely to see the same number of goals. The Albiceleste is yet to concede a single goal in the knock-out stage. Argentina come to Sunday’s final having recorded 9 clean sheet in their last 11 matches which include 4 in Brazil.

In their semi-final against Netherlands, Argentina played a tough match and were able to take the 0-0 game to penalty kicks where they were able to score the first 4 goals while goalkeeper Romero made 2 saves.

Sabella will be hoping to have Di María back for the World Cup Final after he missed the semi final against the Netherlands. He will be likely benched, so Perez and Maxi Rodriguez are in contention to replace him. Aguero is also recovered but Lavezzi should start the match.

In Germany 2006 the teams met at the quarter final stage, it finished 1-1 after 90 minutes and extra time and Germany won the penalty shoot out. Germany thrashed Argentina 4-0 in the knockout rounds at World Cup 2010 although Argentina did win the most recent meeting, a friendly international staged in Frankfurt in August 2012.

Price boost: Germany 6/1 or Argentina 8/1 to win the World Cup

Crazy odds: Germany 7/2 to win or Argentina 13/2 to beat Germany

Money back if Germany v Argentina goes to penalties

Penalty refund: money back if your team loses in a penalty shootout

Money back if the match goes to extra time