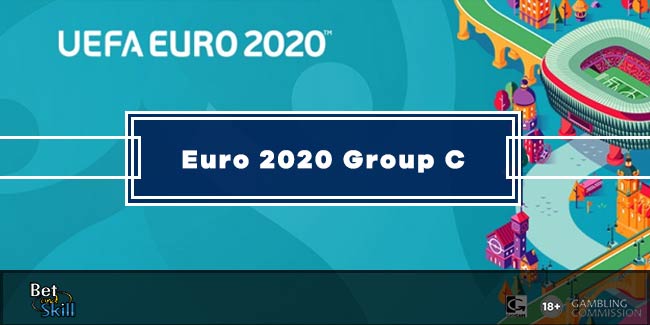 Group C of Euro 2020 will be contested between Ukraine, Netherlands, Austria and newcomers North Macedonia. Check out here all the latest Euro 2020 Group C betting tips and previews featuring teams from this group. Read our Group C predictions (winner, qualified teams, etc..) plus the best odds and betting offers on this summer's Euros.

Netherlands failed to qualify for Euro 2016 before also going on to miss out on a spot at the 2018 World Cup in Russia. Since Ronald Koeman as been appointed as manager, the Dutch team has been impressive. They finished second behind Germany in their Euro 2020 qualifying group, winning 6 of their 8 fixtures and beating Germany 4-2 in the process. Anyway, Koeman has since departed (he is now at Barcelona) and new manager Frank De Boer has struggled to maintain those levels. They have won just two of their 6 matches with De Boer at the helm. The Oranje will play all their three Euro 2020 group matches at the Johan Cruyff Arena in Amsterdam and this will be a huge advantage over their opponents.

Determining the runner-up is a trickier task as Ukraine and Austria all have chance to even top the group while North Macedonia are outsiders.

Ukraine will play their third consecutive European Championship. The have never gone beyond the group stage in the first two attempts but this year could be different. The "Yellow and Blue" topped a though qualifying group that included holders Portugal and a decent Serbia side. They ended the campaign unbeaten and managed to beat Portugal 2-1 at home. Plus, they only conceded 4 goals in the process. Andryi Shevchenko's men could the surprise package of the group and battle with Netherlands to win the Group C.

Austria arrive at the Euros after a  satisfactory qualifying campaign, coming through in second-place behind Poland in a favourable looking qualifying group. They are rapidly improving under manager Franco Foda as they have won 6 of their 8 outings during 2020. Austria won their Nations League group and should be taken seriously. If they manage to take points from Ukraine or Netherlands, they could go through as runner up or one of the best four third placed teams.

North Macedonia qualified through play-offs, courtesy of  a home win to Kosovo (2-1) and a narrow 1-0 success in Georgia in the deciding match. They also won the inaugural Nations League Group D4 - a result that earned them promotion to Group C where they survived their debut campaign. During qualifying, Igor Angelovski’s side failed to take a point off of Poland or Austria and aren’t expected to make a big impact at their first major tournament.

Netherlands are bookmakers' favourites to win the group but their manager Frank De Boer had an awful record at Inter Milan and Crystal Palace and could struggle again on the big stage. Should they fail to beat Ukraine in their debut match, Shevchenko's men could be the group winners with Austria perhaps looking a good option to make it through to the knockout stages at least, even by qualifying as third. North Macedonia's main challenge is to avoid finishing bottom.

Will Ukraine progress to knockout stage?

Ukraine are 4/5 to qualify with Betvictor. They have lost all three group games at Euro 2016 but the talent available to them this time around suggests they could be dark horses. They looked rock solid at the back during the qualifying campaign and finished three points above Portugal in qualifying Group B. As a result, we expect Ukraine to qualify as group winner or runner up.

The Oranje are an unpredictable team. They can beat every other national team on their best day but they can also lose to less equipped teams. We expect one of two bad days for Frank De Boer's men, and we predict that Netherlands will not collect more than 5 points from their three group stage matches.

The matches in Group C of Euro 2020 will be held at the Johan Cruyff Stadium in Amsterdam and Bucharest’s Arena Nationala in Romania. Since Romania failed to qualify for the Euros, Netherlands will be the only team to enjoy home advantage in this group.

Looking for all Euro 2020 fixtures? We got you covered!

Who will face the Winner and the Runner-Up of Group C?