Tyson Fury aims to upset the odds as he travels to Los Angeles to dethrone WBC champion Deontay Wilder at the Staples Center. Has this fight come too early in Tyson Fury’s comeback, or will he have returned to his elusive, awkward best? This post contains our Wilder vs Fury betting preview with winning predictions, betting tips, enhanced odds, bookie promotions and no deposit free bets on this fight!

Claim 25/1 Tyson Fury to beat Deontay Wilder at EnergyBet!
Claim Here
New Customers Only. Place a bet on Fury to win at the odds stated on the EnergyBet site. If the bet is won, winnings will enhanced to the equivalent of 25/1 through the awarding of a bonus bet. Bonus winnings will be credited to customer accounts by Monday (03/12 before 17:00 CET). Bonus funds is a subject to 1x wagering requirement at minimum odds of 1.75 (3/4). T&Cs apply

Deontay Wilder is one of modern boxing's most destructive fighters, a man with a 98% knockout average and 40 wins from 40 bouts (39 KOs). The champ had two fights this year. Firstly against former titlist Bermane Stiverne (KO in 1st round) who had previously been and still is the only man to go the distance with the Bronze Bomber. Next up he had the toughest test of his career when stopping Luis Ortiz, the undefeated Cuban heavyweight, in the 10th round.

Wilder's footwork is atrocious, his technique crude, but his speed and power undeniable. The power he possesses means he will pose a threat at every moment in every round. His style is unorthodox but it has been very successful for him and his unpredictability may be his greatest asset. The American's chin rarely gets spoken about, but Eric Molina, a fighter who only lasted 3 rounds against Anthony Joshua and has lost to mediocre opposition, landed and hurt Wilder badly. This fight will definetely be a classic matador vs. bull affair. 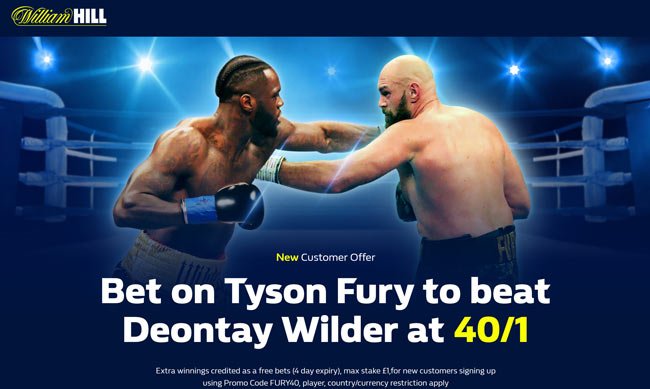 Tyson Fury is also unbeaten with 27 wins in 27 bout (19 KOs). After a three-year exile from the sport and vacating his three world heavyweight titles, Tyson Fury looked sharp against two vastly inferior opponents in his two comeback fights this year. The Gipsy King easily beat the Albanian Sefer Seferi on his comeback (4th round KO) and then went to the distance with durable Italian Francesco Pianeta. Hardly ideal preparation for a bout with the game's hardest hitter.

Fury has a two-inch advantage in height and reach over Wilder and is expected to weigh in around two-stone heavier for this contest. He’s undoubtedly the more gifted boxer of the two and has demonstrated his world class credentials in the past, when going over to Germany to outpoint Wladimir Klitschko. As he did against the Russian, Fury will attempt to use his physical attributes and long jab to keep Wilder at distance not only in the early stages but throughout the contest. His unique technique allows him to fight at a distance and move quickly in and out of the clinch which can be difficult for his opponents to get on top of. Anyway, Fury doesn’t have much power at the elite level, and there are still major questions about his chin.

Get 100/1 Tyson Fury to beat Deontay Wilder by KO, TKO or Disq. Max bet £1!
Claim Here
*New Customers only. Place a £1 bet on Tyson Fury to win by KO, TKO or Disqualification. If it wins, get the enhanced odds paid out as free bets; cashed out bets excluded. Offer available from 12:00GMT on 19th November 2018 until 05:00 GMT 2nd December 2018. Credit or Debit card only, minimum deposit £5. Geographical Restrictions and T&Cs Apply,

Are you looking for the highest odds available on the fight winner market? This section shows the highest prices on the Deontay Wilder vs Tyson Fury bout, obtained by comparing odds from over 70 best betting sites! We recommend to claim best odds by clicking the yellow 'Bet' button. Wanna get exclusive enhanced odds offers? Visit our Price Boosts page.

Our professional boxing punters have carefully analysed all the key betting factors about this fight and each fighter. As a result, we provide the most researched betting tips on the Wilder v Fury fight below. If you’re new to betting, a good place to start is our Betting Guide hub, a collection of the best tutorials and betting strategies that will help you improve your skills.


Furthermore, we are the best place for no deposit free bets. Start betting without risking your money!