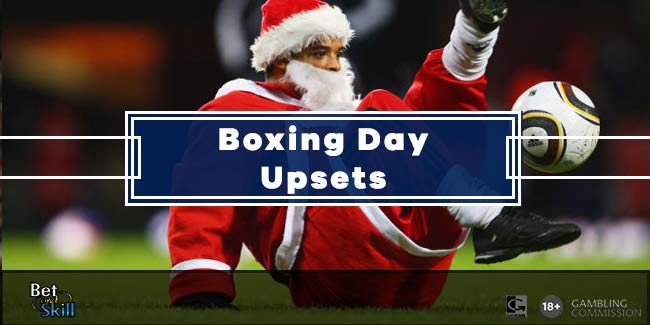 The Boxing Day fixtures really can make or break a fan’s Christmas. Win and you’re riding high, enjoying turkey sandwiches in celebration. Lose, and the Christmas dinner leftovers look entirely less appealing. Down the years there have been some major upsets in the Premier League on Boxing Day, none more so than in the last few years. But what have been the biggest surprises across recent seasons gone by? We take a look at the biggest shocks on Boxing Day...
There are some interesting fixtures this Boxing Day, with a few surprises perhaps on the cards as Bournemouth host struggling Arsenal, and Liverpool take on potential title contenders Leicester City at the King Power.

Below a list of the biggest Boxing Day upsets in Premier League..

Liverpool really don’t have to look far to see that Leicester enjoy beating the odds on Boxing Day. Last season they came from a goal behind at thome to defeat the reigning and eventual Champions. Leicester did what they do best and reaped the rewards as a sumptuous late strike from Ricardo Pereira gave the Foxes the win.

It contributed to a miserable Christmas period for Pep Guardiola. A win for Leicester against Liverpool this Christmas and it will see the title race really hot up.

Brighton came into their fixture on the back of three successive defeats and it looked as though that was about to become four as Unai Emery’s Arsenal took an early lead with Pierre-Emerick Aubameyang finishing off a fine effort.

The Gunners continued to dominate, but Mat Ryan kept them in it and 10 minutes before the break a mistake by Stephan Lichsteiner gave the home side the break they needed.

Arsenal then did what Arsenal have done over the last few seasons and went into their shell, getting Brighton back on track to ensure another season in the Premier League was safe. 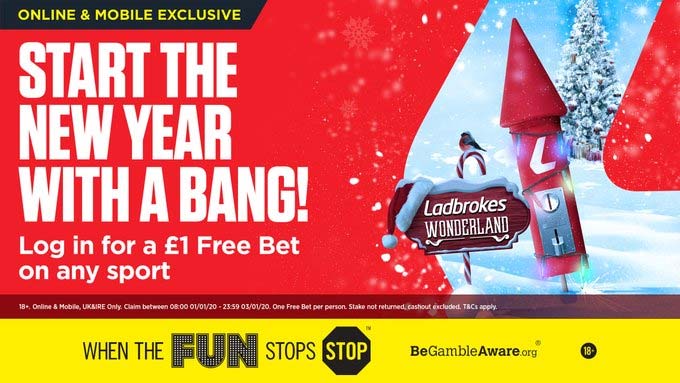 Join Ladbrokes & get a €/£1 no deposit free bet both for online & mobile betting!

They say it’s difficult to go to the Britannia on a cold Tuesday night, but Manchester United found it’s not particularly pleasant on Boxing Day either. Louis van Gaal picked up his fourth straight defeat on Boxing Day 2015, with Bojan and Arnautovic hitting two first half goals the Red Devils simply couldn’t recover from.

Dwight Yorke claimed it was painful to watch, with Wayne Rooney left on the bench before being brought on after 45 minutes. It was a game that broke a number of records, with United entering a losing streak that dated back to November 1961.

Arsenal could have gone top of the league with victory over mid-table Southampton. Instead they offered up full on capitulation as the Saints smashed four past the Gunners.

The Southampton side was full of future stars, with Sadio Mane producing a fine performance, while Virgil van Dijk put in a stellar display at the back. It was Shane Long who did the damage though with a brace. A win for Arsenal could have seen them never look back. We all know what has happened since though.

Brendan Rodgers’ first season in charge for Liverpool saw Luis Suarez go from strength to strength, but it wasn’t enough to get past Stoke. The Reds at that point had never won at the Britannia but they were big favourites going into this one.

Tony Pulis came out on top though, despite Liverpool going ahead thanks to a Steven Gerrard penalty. Two quick goals from Jon Walters and Kenwyne Jones put the Potters in the lead, with Walters wrapping it up just after half time with the third.

The game put Stoke up to eighth in the league, although they eventually slipped to 13th.